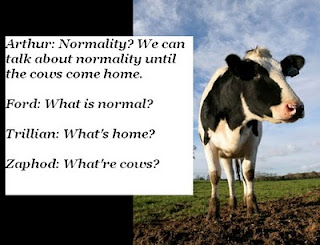 “Look at those sunglasses! They’re ENORMOUS!”

The old Indian women sitting beside me on the bus has decided to tell me everything that’s wrong with the world. Beginning with what’s specifically wrong with all the people on this bus.

“Why would ANYONE wear sunglasses that large?!”

The anyone in question is sitting less than a metre away from us. To her credit she’s doing a very good job of staying stony faced. I’m trying very hard not to laugh.

I’m in such a good mood as I get off the bus, that I actually give $2 to a beggar. As a general rule I’m about 75 times more likely to give money to an elderly woman playing a kazoo. This is not a character trait I have ever felt the need to analyse and I’m not about to try and do so in the distance between the Central Station bus stop and the ABC studio in Harris St.

I’m not on first name terms with the women who works the desk at the ABC but I am kind of glad to see her. I think she recognises me. She lets me in through the weird glass doors and I walk with some confidence to the Green Room. Within minutes I’ve been greeted by Ian, introduced to the stand-in I haven’t already meet and offered a chip with some enthusiasm by Umit.

I have to remind myself that this is actually the second time I’ve been to rehearsals. Its only the fourth time I have ever been to filming. I feel like I come here all the time, like in some inexplicable way, I “belong”.

Belonging isn’t something I really like to discuss. A whole year spent writing essays about it for HSC English has made it very difficult to utter the word without some irony. But I’m also of the opinion that clichés only become clichéd because they happen to be true.

I knew in three days that I wanted to do this job. In three days I knew I would be quite content if I could simply do this every day for the rest of my life. I felt like I’d known this place all my life, even though we’d only just met. I felt like a square peg in a square hole after years of trying to jam into a round one.

While sitting at one of the desks, this week’s strange but true clue is placed in front of me. It’s fourteen lit candles on an extremely rickety…thing. As the crew member puts the whole thing in front of me he says-

“When this falls on you, there will be hot wax everywhere.”

“Try not to light that on fire will you?”

We all move slightly back from the desk.

I remember, during my first internship, thinking that I would never let this world feel normal. I vowed to always view it with a wind eyed sense of childish awe. This is, of course, an impossible thing to achieve.

What I didn’t realise at the time was how nice normal would feel.

Eurovision is a ritualistic time for me. My most important ritual is obviously food related. Every

I spent the first minutes of 2018 on the beach. I’ve never actually spent New Year

Alexandra Neill is a writer, critic and producer. She writes cultural criticism with a focus on comedy, television, internet culture and friendship.

Alexandra Neill
Alexandra Neill is a writer, critic and producer. She writes cultural criticism with a focus on comedy, television, online culture and friendship.